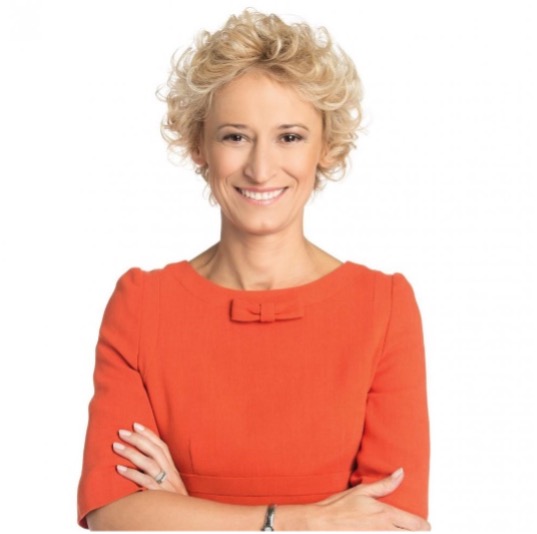 Kinga is General Partner and Founder of Experior Venture Fund.
Kinga has been working in investments, banking and finance for the past 20 years. Today she sits on the boards of Tourmedica, Tylko, Cosmose from the fund’s portfolio.

Prior to EVF, she was the Global Head of TMT at Raiffeisen Investment in Vienna from 2007 to 2009. She started her career in banking at Salomon Smith Barney (Citigroup, London) and followed on to become a Manager in Equity Capital Markets team of ING Barings, with responsibility for the EMEA region. In 2001-2007 she was a Principal Banker at European Bank for Reconstruction and Development (London and Warsaw), where she led investment and financing projects across the TMT and infrastructure sectors. She was responsible for supervising selected assets of EBRD’s equity portfolio as Supervisory Board member.

Kinga is the Vice President of the Polish PE/VC Funds Association (PSIK). She sits on supervisory boards of publicly listed companies as an independent board member. She is active in supporting women-led companies – Kinga is a mentor in Vital Voices and Foundation for Women Entrepreneurship. She established the European Women in VC platform with the aim of increasing the number of female partners at venture funds across Europe from the current low single digit percentage number it is today. The platform boasts 19 country ambassadors in Europe and Israel.

Kinga is also a member of the European Innovation Council – High Level Group and now sits on the Advisory Board to the European Commission’s European Innovation Council. She is advising EU Commissioner M.Gabriel on innovation. In 2017 and in 2018, Kinga was named one of the TOP 50 of Europe’s most influential women in the start-up and venture capital space. In 2018, she was named on the list of top 50 women in tech in Europe by Forbes.